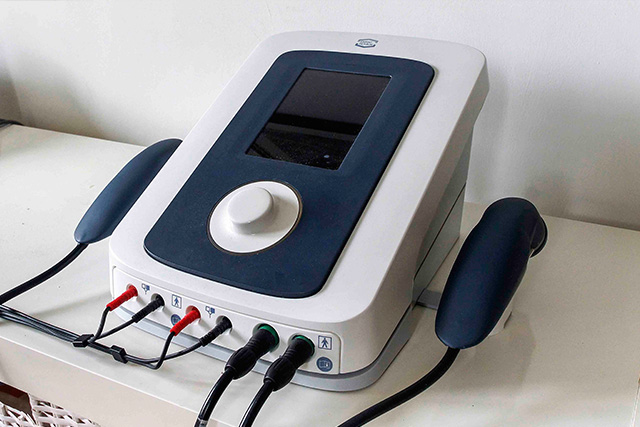 PBMT or Photobiomodulation Therapy is the technical term for low level laser therapy.

PBMT creates tissue regeneration repair by increasing the levels of adenosine triphosphate in the area being treated. It also significantly reduces inflammation.

PBMT has been used by the British and U.S. Military, Premier Division Soccer Teams, Olympic Teams as well as Specialist Pain Clinics to treat Sports Injuries, Neuropathic Pain Syndromes and arthritic joints for a few years now and is currently in over 400 clinical trials around the world to study itâs efficacy with disorders such as Parkinsonâs Disease, brain trauma and even specific cancer.

Nicola is currently conducting a clinical trial into the effect of low level laser therapy with Parkinsonâs Disease. 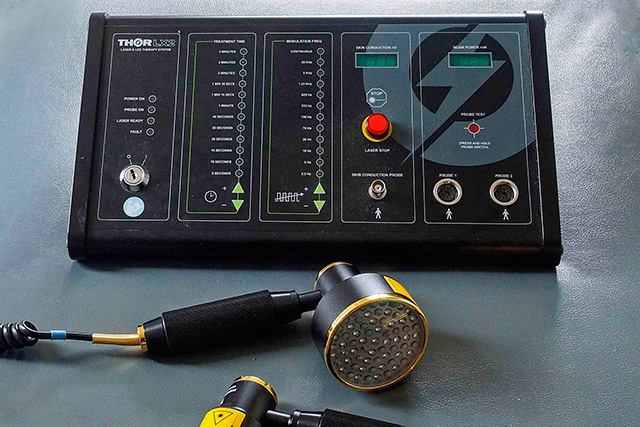 Ultrasound Therapy has been around for many years now.

Ultrasound therapy breaks down and remoulds scar tissue, which is vital to promote healing, as scar tissue hampers the healing process, and can exacerbate pain. Blood flow is exponentially increased which expedites healing significantly. It also improves ossification (bone healing) and by doing so reduces pain.

Ultrasound therapy is known to treat tendonitis, soft tissue calcification and it rapidly reduces fluid and swelling, so it is very effective at reducing inflammation.

Nicola usually uses a combination of the above electrotherapy to treat patients if their condition warrants it. Treatment times may be improved by up to 50% in many cases.